Live Photos was announced along with iPhone 6s and 6s Plus. I thought it was pretty cool when I saw the demo. Within a few days they were available, I noticed people I follow tweeting their live photos on Twitter and, shortly after, commenting that they didn't realize it didn't work with Twitter. After a day or two of observing this, I had a idea. I dig into the docs for iOS 9.1 (beta then) and sure enough, there was a few new APIs that supported access live photos programmatically. I installed the iOS 9.1 beta 1 and quickly built an app to test it out and sent out a couple of emails to people to get their feedback. The idea worked and I was ready to release it when Apple made submission for apps that only support iOS 9.1 and above available. Yesterday, the app was finally approved and made available on the app store — Ligify, an app that lets you one-tap to save or share your live photos as GIF or MOV.

There's a few hiccups and interesting incidents along the way though.

Originally, I wanted to make the functionality available as a share extension 2. I had gotten it to work in the main app 3, but I'm hitting a wall when running as a share (or even an action) extension. I popped a question on Core Intuition Slack Chat and received a reply from Andrew, founder of Priime. I couldn't get it to work after a few more attempts and decided to make the features available only from within the main app.

While I was polishing up the app for submission, someone pointed out an app called Live GIF to me and behold, it looked like it does exactly the same thing as Ligify. I looked at the developer's name and realized that Andrew was working on the same app idea, but he had gotten it to work in iOS 9.0 👍. Motivated by this, I quickly modified the app to work in iOS 9.0 and submitted it.

The next few days, while I was waiting for the app to be reviewed, a new app popped up in my Radar. A cursory look at the screenshots (at that time, at least) showed it look very similarly to Ligify and it was called Lively and also made in Singapore. I have already submitted my app as Lively.

It was another few days before my app was approved. The next day, the developer of Lively wrote me an email asking if I could rename my app to avoid confusion. My app was already live and I had already gotten accounts and URLs set up, but I thought a little about it and replied:

No problem. Will submit a new build with a different name. Have started renaming my other accounts and URL to match. 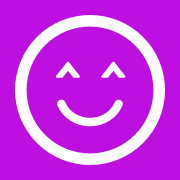 Get it on the app store:

[1] Side story: in the process of installing the iOS 9.1 beta, I lost my entire Health app database (and thus Activity data, as well as sleep and heart rate data that I have recording previously with my Jawbone UP and Withings).

[3] It was faster to iteratively prototype the main iOS app rather than extensions, so I always start with that.